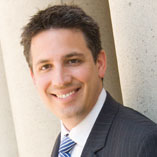 Having served as its founding director until 2012, Luc Juillet now teaches democratic government, public administration and environmental policy at the University of Ottawa’s Graduate School of Public and International Affairs. In 2012, he was a Visiting Professor in the School of Social and Political Sciences at the University of Melbourne. An expert on public administration and policy-making, he has published on various issues, including environmental policy, emergency management, ethics regulation and civil service reform and internal audit. Over the years, he served as a consultant for several government agencies, including Fisheries and Oceans, Industry Canada, the Public Service Commission and the Treasury Board Secretariat. In recent years, he acted as an expert witness for the Federal Court and the Department of Justice on matters related to public service legislation. In 2013- 14, he also served as an international expert on matters of civil service reform for the Ministry of Administrative Reforms of the Government of Greece. In 2008, the university awarded him the President’s Award for Service to the University through Media and Community Relations.